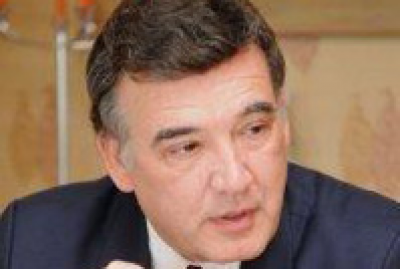 Lightbox
Beschreibung: Recent decisions by the U.S. federal government have understandably diminished America’s reputation regarding renewable energy and climate awareness. What many outside the U.S. may not realize, however, is that American states have created their own policies in the absence of federal leadership.

Recent decisions by the U.S. federal government have understandably diminished America’s reputation regarding renewable energy and climate awareness. What many outside the U.S. may not realize, however, is that American states have created their own policies in the absence of federal leadership.

As a Massachusetts State Senator, I have been a proud advocate for clean energy in my state over the past two decades. In 2008, I sponsored the Global Warming Solutions Act, which requires Massachusetts to reduce CO 2 emissions to 25% below 1990 levels by 2020 and 80% below 1990 levels by 2050. My colleagues and I in the legislature have adopted various measures since then such as An Act to Advance Clean Energy, which we passed this past July, to increase our offshore wind, battery storage, and renewable portfolio. We still have plenty of progress to make, but Massachusetts remains as dedicated as ever to transitioning into a clean energy future.

Massachusetts is not alone. California is also fighting to achieve its own ambitious goals by requiring energy companies to generate 33% of retail electricity from renewable sources by 2020, and 50% by 2030. California’s $2.45 Trillion GDP accounts for 14.3% of the entire U.S. economy. If it was a country, its GDP would rank as the 5th largest economy in the world - above France, India, and the U.K. State progress has the potential to drastically reduce emissions and inspire others to upon economic opportunities.

These state initiatives have been influenced in part by clean energy efforts in Europe. In the process of developing renewable opportunities for Massachusetts, I have explored clean energy initiatives in Germany, Switzerland, Austria, Portugal, and Denmark. Partnerships between EU nations and state leaders have proven to be dynamic educational tools that generate valuable opportunities for collaboration. Constructive dialogue often leads to business partnerships and capital investments that benefit parties on both sides of the Atlantic. Business leaders, higher education institutions, financial establishments, and entrepreneurial developments all have crucial roles to play in our global clean energy transition. By working with state leadership and developing international partnerships, we can achieve our overall climate goals and, together, embrace a clean energy future.

Senator Marc R. Pacheco is President Pro Tempore of the Massachusetts State Senate. He is founding chair of the Senate Committee on Global Warming and Climate Change and co-chair of the Council of State Government’s Eastern Regional Conference’s Energy and Environment Committee. He is a Senate delegate to the New England Board of Higher Education and serves on the National Conference of State Legislature’s Task Force on Energy Supply.

Senator Pacheco is a Climate Messenger for the Climate Reality project and was appointed by the Federal Housing Finance Board to serve as an appointive director of the Federal Home Loan Bank of Boston. He received the Commander of the Order of Prince Henry the Navigator, the highest civilian award given by the Portuguese government, and the Grand Decoration of Honor in Gold with Star from the Republic of Austria. Senator Pacheco was appointed by former President Clinton and confirmed by the United States Senate to serve on the James Madison Memorial Fellowship Foundation Board.

He was also appointed by former Presidents Clinton, Bush and Obama to the District Export Council where he served as chairman and remains a current member. He earned his master's degree in public administration from Suffolk University.